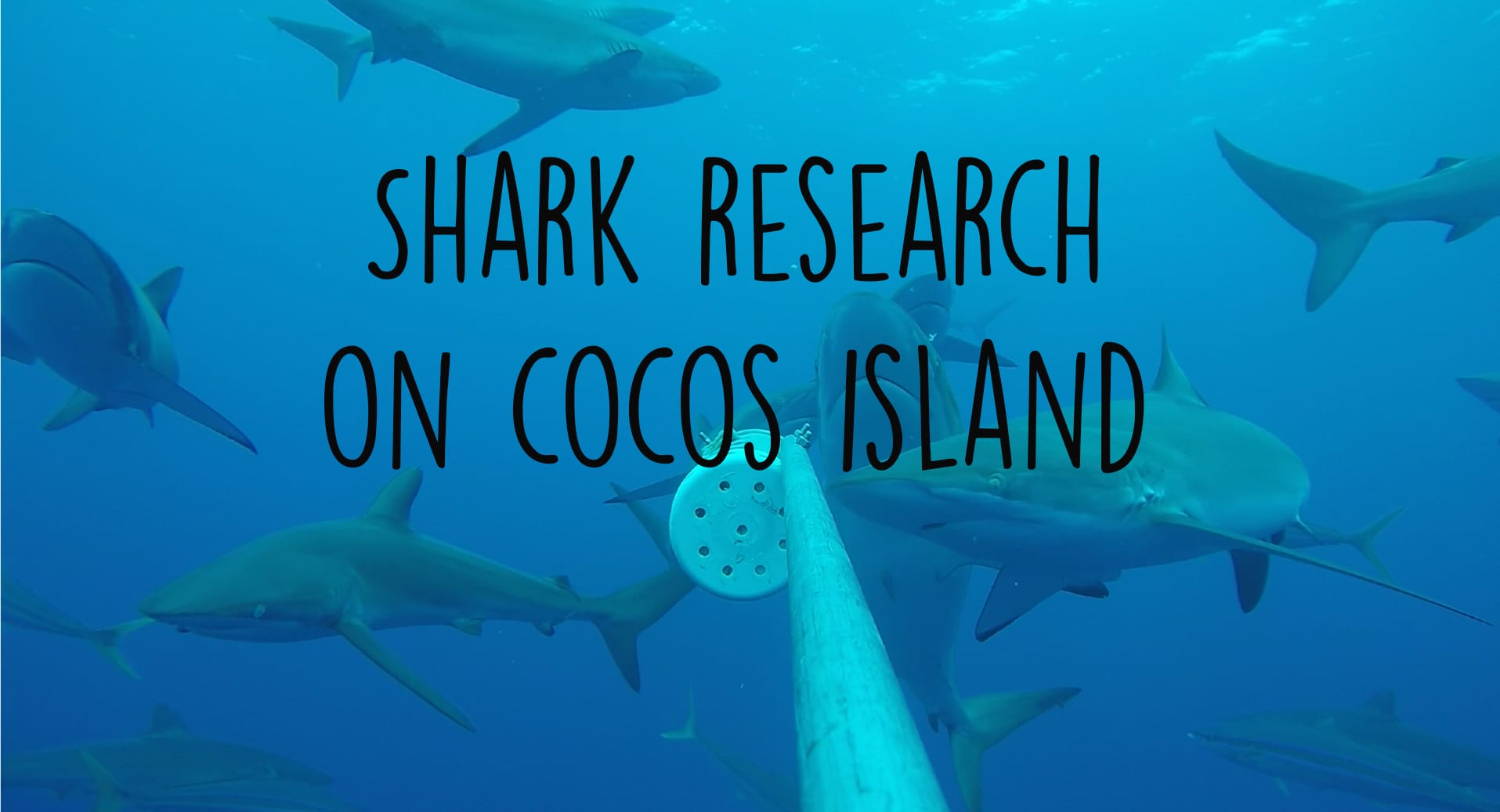 I have had fun after my time in the water at Isla Del Coco. The days have been long yet rewarding since fieldwork for the shark research begun. Using the BRUVS system, cameras are baited and left in designated locations to capture 1.5-2 hours of footage. The data collected from the mono cameras (BRUVS) is then used. It will determine the abundance, distribution and habitat of species around the island. From this information the scientists will be able to determine which species thrive in certain habitats and their significance within the reserve’s ecosystem. As an environmentalist it is satisfying to know that our work will contribute towards the preservation of species.

The scientific evidence gathered will be used to support marine protection zones. Stereo cameras are been used to determine species population in the area.  Captured footage will aid in assessing the maturity of sharks frequenting Cocos. This information will assist in establishing the vulnerability of certain species and by indirectly monitoring fishing pressures.

It is evident to us as divers the damage certain fishing practices can cause and by collecting this data it will encourage the government to support scientifically backed conservation proposals. With this goal in mind the hard work we have all contributed this week is incredibly gratifying.

Maintaining relevant and accurate data is key to the longevity of both projects. For this the scientists have been working closely with the park rangers and teaching them the techniques required to complete fieldwork. It is possible the in the future the rangers will be able to use the scientific equipment without supervision; sending data back to scientists for analysis.

The island and surrounding waters have been well preserved by the rangers and the beautiful scenery and abundant wildlife are the rewards of their diligence. Most morning excursions are met with brown boobies darting into the water – resulting in the fish frantically leaping out.

I have learned during this shark research project to expect something extraordinary whenever there is visible unrest at the water’s surface. When this first became apparent there was so much movement it was difficult to distinguish between the fish and waves. The camera footage revealed large numbers of Galapagos sharks feeding on a bait ball. This was one of the many instances in which we were treated to excellent footage and the majority of recordings have contained large numbers of sharks. Julia L. Y. Spaet, a highly regarded shark researcher, noted the rarity of observing this quantity of sharks in the recordings.

A number of surprises arose whilst working on the waters of Cocos and taking part in the shark research. When retrieving the cameras it was not uncommon for tiger sharks to follow and surface next to the boat. In fact, this first happened when I was asked to retrieve a camera from the water – a simultaneously exciting and unnerving experience.

Less surprising is the human impact on the marine life, be it the fishhooks hanging from the sides of sharks mouths or scarring evident from propeller blades. It’s saddening that somewhere so remote suffers the same problems as less protected areas.

In spite of this it is clear Cocos Island is a sanctuary for the many inhabiting species and deserves its designation as a World Heritage Site by UNESCO. Also it is listed as one of the 10 best scuba diving sites in the world by PADI. Either the hundreds of schooling hammerheads drifting by overhead or the splendor of the island’s terrestrial and undersea beauty unspoiled by human depredation. The island’s fabled history and continued significance to marine conservation, whichever it is, there are many experiences that can only be had in this uniquely vital island in the pacific.

Are you interested in becoming a volunteer on Isla Del Coco? Go Pro Costa Rica has spaces for the upcoming year so go out and live the dream! Contact us today for more details.