In search of old treasure and new on Cocos Island 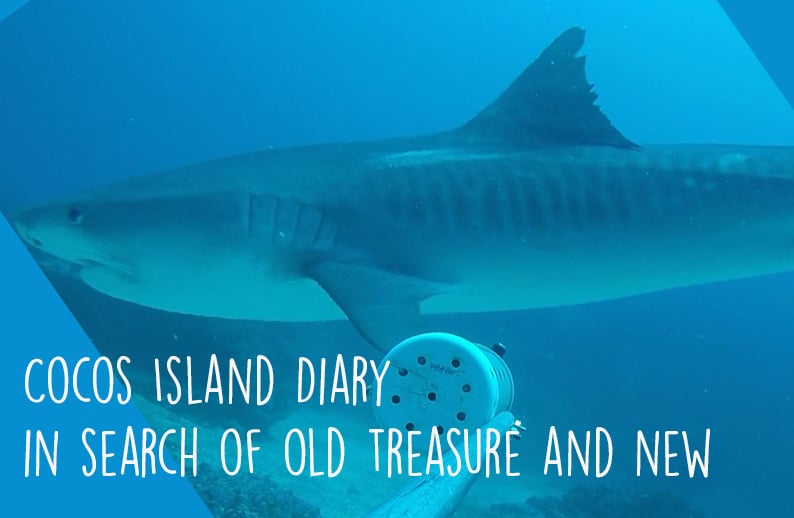 A history of buried treasure..

Coco Island has an infamous history of hidden treasure buried by pirates in the late 19th century. With its remote location and tough terrain, it makes for a perfect hiding place. Tales of the hidden Lima treasure amongst other hoards spread. With the estimate worth to be well into the billions, it is no surprise that Coco Island quickly became a top destination for treasure hunters. Evidence of this is seen just a short walk from Wafer bay.

The most famous treasure hunter is August Gissler, who spent 25 years living on the island, searching for the treasure. Legend tells that Gissler had been given possible locations for the treasure in a local Costa Rican taverna. To his surprise, the detail in which the island had been described, to the point of discussing individual trees, rocks and waterfalls supposedly directing towards the treasure was impressive. This led to his 25-year search and the digging of large tunnels and holes.

Since 1994 the Costa Rican government has prohibited people coming to the island in search of the treasure. This is because of the damage to the island. Also, the pollution caused and the expense to conduct such searches.
‘The real treasure is the marine life found in the ocean”, is a phrase I have heard on several occasions since arriving. The truth is, the new treasure hunters are the scientists. They are studying and discovering the intricate details of the marine biodiversity, plants and native species only found here.

The start of a new project has begun promptly with the arrival of two marine biologists. Sylvia Earle, a renowned diver and oceanographer once named Cocos ‘the sharkiest place on earth’, but with this title, scientific research into the shark populations has yet to be performed. This project will achieve this by measuring size and population, collecting data from both rainy and dry season. Although park rangers have collected data in the past, without scientific structure it cannot be determined accurate. This project will give vital information towards the shark populations here.

Our time on the boat is now divided into two projects; that of assisting the two marine biologists, and the rangers own data collection.
The past few days have focused on assisting the rangers, diving specified sites and collecting data using transects and quadrants. Information about coral health, invertebrates and fish species will be collected and then compared with previous years.

In awe of the ocean

The morning dive has always been a personal favourite, and today is no exception. This is because the lighting falls beautifully, casting shadows underneath the plate corals. Whilst laying a transect line, 800 snapper flew past in such a structured way, one could believe it had been rehearsed. The day continued to offer incredible sights, with three tiger sharks appearing at separate occasions, the last measuring 4m. Sharing the water with an apex predator really is a humbling experience. This is because the beauty can be seen as the tiger swims past with what seems like minimal effort, presenting the magnificent stripes on its side.

The day finished with an ultimate high, as a manta glided smoothly past. Diving here is incredible. It truly is a treasure.