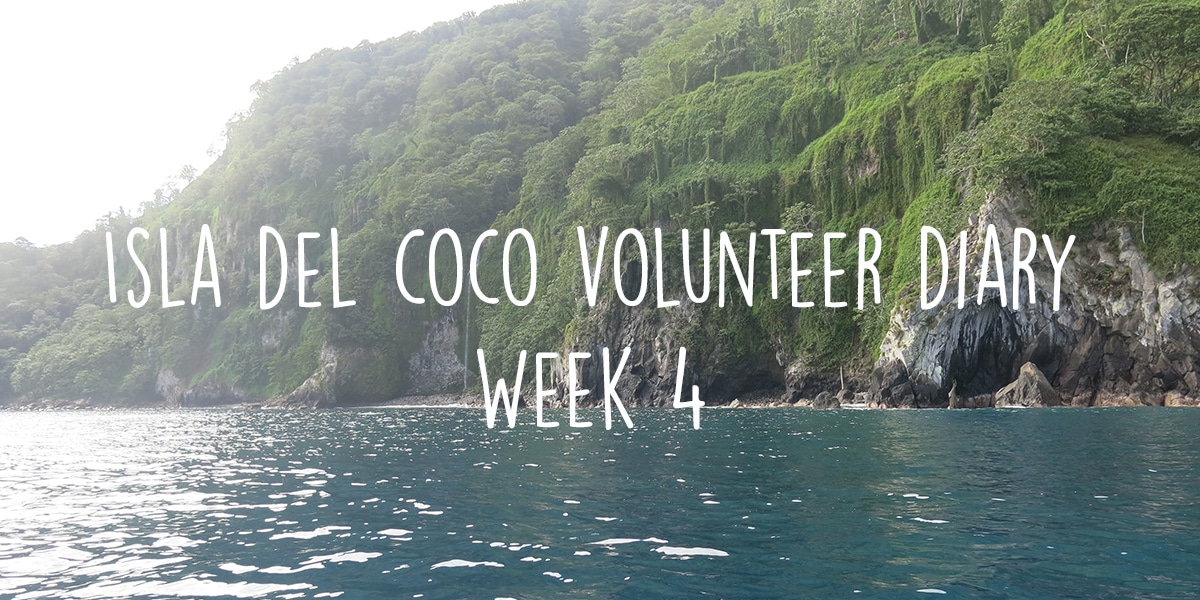 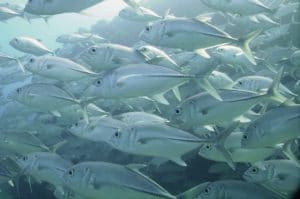 So after a month of adventure I am back in Quepos after my month on Isla del Coco. The last week was by far the best of them all.

I was lucky enough to be able to spend every day of my last week on the island diving with the Okeanos Aggressor II. It was three monitoring dives a day, spending my surface intervals on the boat where I transferred my data onto the documents supplied by the Rangers.

It was an absolutely incredible week, and the best dive of my life so far. We were in the blue for our safety stop after a dive at Dos Amigos Pequena. We had already seen schools of Scalloped Hammerheads and a couple of Galapagos sharks. A pod of dolphins appeared, playing in the waves created by the boat. They were swimming up and down between us and the surface for about ten minutes with two calves! 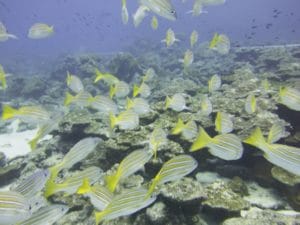 It was the most exciting and emotional dive I have ever had. I can’t imagine I would ever be lucky enough to see that again, it was incredible.

I saw a few things during this week that I had never seen before; a Silky shark, a Devil Ray, and a few juvenile Whitetip Reef Sharks. On a dive at Ulloa we saw a Green Turtle! This was a really exciting encounter as turtle sightings are very rare at Cocos. It cruised past us out in the sand, followed by a Marbled Ray. This just made a dive where we had seen schools of hundreds of Hammerheads and Big Eye Jacks even more exciting.  On a dive at Manuelita Garden, we went over a sandy area completely covered with starfish, for as far as I could see. I wouldn’t have been able to count them all if I had tried.

Getting better and better

The diving got better and better with each immersion, which I didn’t think was possible. I noticed more and more each dive. I got better at spotting things (especially sharks appearing out of the blue from a distance) and was able to keep myself calmer when we saw the sharks. By the end I was having some pretty close encounters with Hammerheads swimming past me, having sunk down to the sandy bottom and stayed as still as I could.

The Scalloped Hammerheads really do dominate Isla del Coco, they are everywhere. They were by far my favourite thing to see. Hammerheads are so curious but so terrified of us. They have an expression I could not compare to any other marine life. I think they are brilliant. I had never seen one before diving at Cocos, and now I don’t think I could ever get enough of seeing them. They really are beautiful, and it was sad to hear from the rangers about how much their numbers and the numbers of the other species of shark have dropped over the last years. Not just in the Island’s waters, but all over Costa Rica and the rest of the world. It really is devastating. I consider myself lucky to have been able to see so many in my time there, as who knows what will have happened in a few more years. 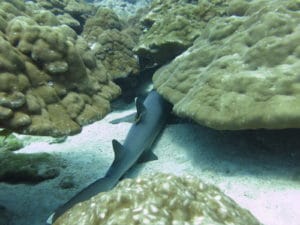 I am so grateful I was able to collect data during my time there and work on their data bases. Marine Conservation is why I got into diving in the first place, and I can’t believe I have had this opportunity. To dive in such a beautiful, untouched place is something I may never have the chance to do again, and being able to collect information during these dives that will go towards helping to maintain it made it so rewarding. It has furthered my desperation for environmentally friendly diving practices and a focus on eco-tourism and marine conservation, and as a new instructor it has emphasized the importance on educating the divers I certify about respecting the environment we dive in.

Thank you to everyone

I am so thankful to Isaac and Roberto and all the Rangers on the island for making this experience possible for me. I met so many interesting people and saw so many things I had never seen. This was an experience that would be impossible to repeat. It was a month of the most amazing diving, living on a beautiful island and eating amazing food. And I wouldn’t have had the chance to dive as much as I did had it not been for Carlos Sanchez, the captain of the Okeanos II, and the whole crew.

I also owe a massive thank you to Georgia King and everyone at Oceans Unlimited Costa Rica for the chance to head out for a month and volunteer on the island. I would never have had the opportunity to go to Isla del Coco if it was not for them.