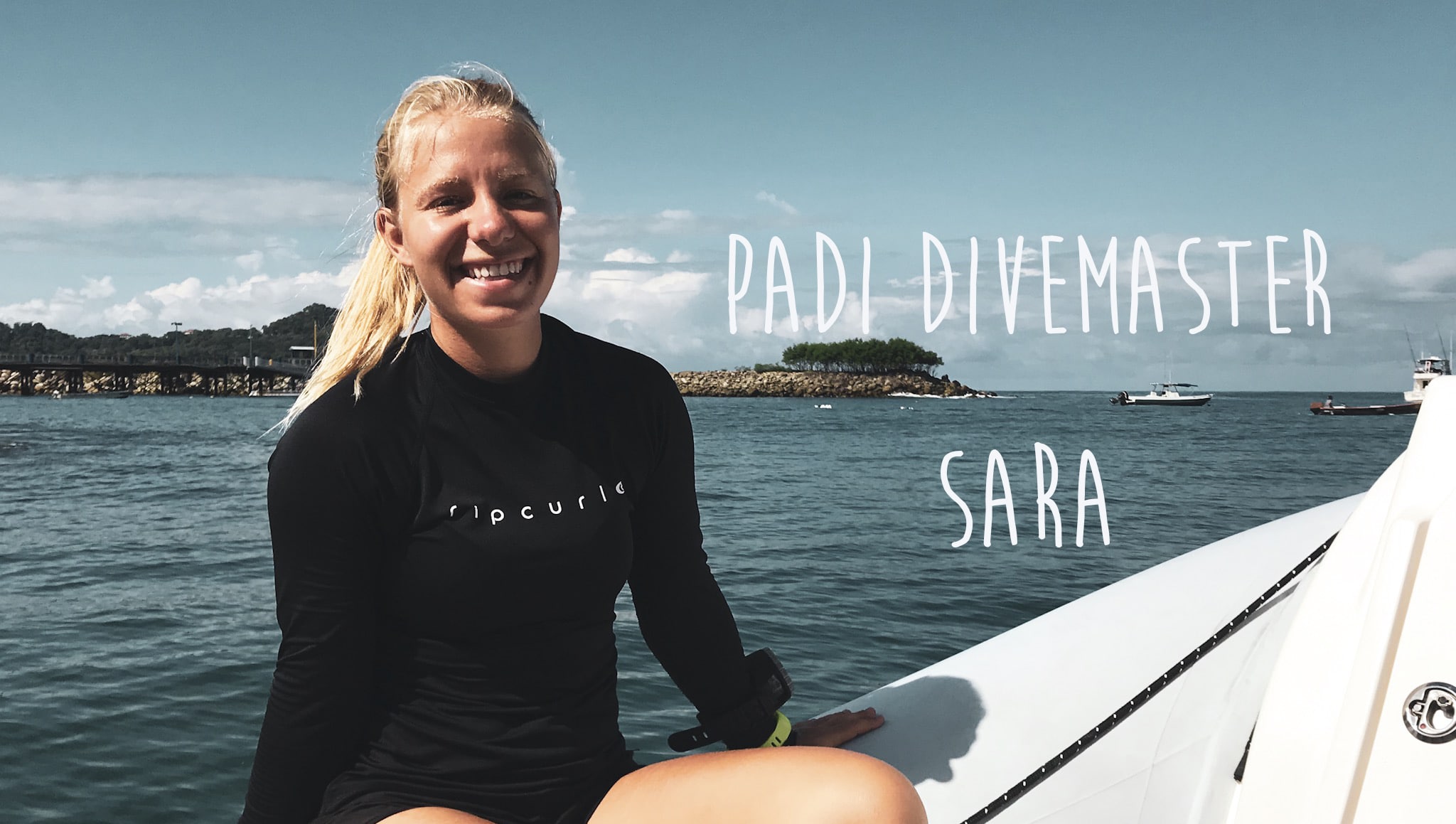 Were are you from originally?

I am from Denmark. A tiny island which is basically made up of islands. In Denmark you are surrounded by ocean, the only minus is that the waters around Denmark are ridiculously cold year around.

What brought you to Costa Rica?

It was a rather spontaneous decision. I looked up different divemaster programs around the world, my only criteria was to go somewhere I had never been before. Based off Google searches Costa Rica had an amazing wild life both on land and more importantly in the ocean, water temperature was comfortable and the lifestyle was relaxed.

How did you feel the first time you scuba dived?

The first time I scuba dived was when I was 13 years old, in Denmark in 7ºC water in a wetsuit. It was freezing, yet amazing. I could fly! I saw a baby flounder and somehow it was the coolest thing I had ever seen. When I walked up on the beach my lips were blue and I was shaking, but I didn’t care. I had found my element. I have been crazy in love with ocean ever since.

Why did you decide to Go Pro?

I decided to go pro because it meant more hours under water. There was also a safety aspect, I wanted to know everything about the risks and how to deal with problems when diving. I wanted to feel completely safe while doing what I love – diving – and I achieved that through my training. What I was not expecting was how many awesome people I would meet along the way.

What has been your most memorable moment when scuba diving?

I was diving in Australia’s Great Barrier Reef Marine Park on one of the outer reefs. Far from society and reality. Visibility seemed endless and I was a couple of meters from my buddy when I saw it. A movement in the corner of my eye caught my attention. It was a guitar shark which is actually a ray, but anyway it was heading behind a big rock. I circled the rock in the opposite direction. Very slowly I looked around the corner of the rock and there it was. A 3 meter guitar shark laying on the sandy bottom maybe a meter from me and looking straight at me. I will never forget that moment,  when the ray looked into my soul and decided that I was no threat and chose to hang out.

Sum up your teaching style in three words?

Humor, adventure, respect (for the ocean)

What do you enjoy about being a pro the most?

Meeting so many cool and passionate people from all over the world, who love what they’re doing and love the ocean. Besides, I enjoy every moment I spent underwater and becoming a pro have provided me with hours and hours of underwater fun and lots of memorable moments – and near drowning events due to laughing.

Where do you see yourself in 10 years?