The final DM Diary: So long and thanks for all the fish 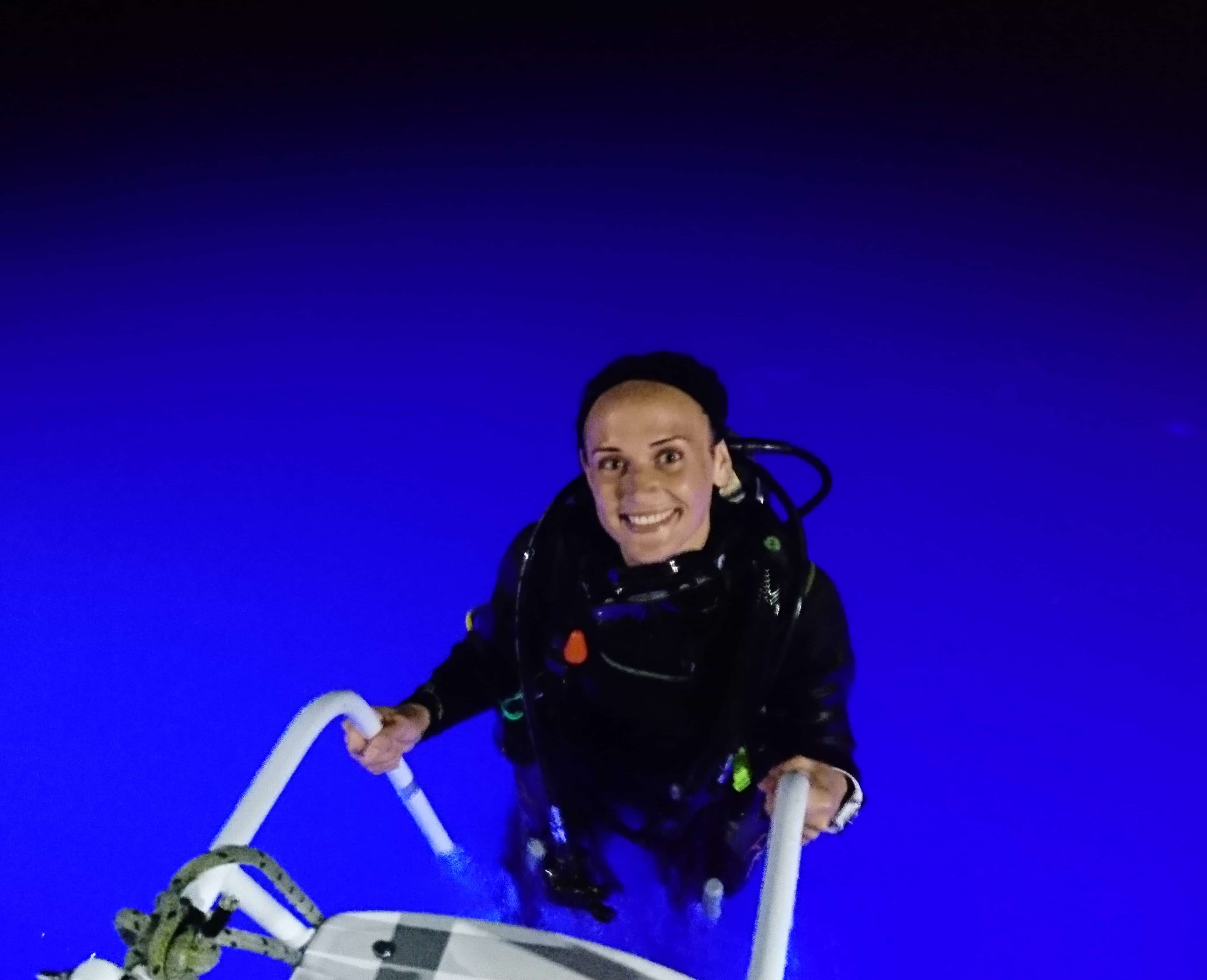 So this is it. Three months in this hot, humid paradise are coming to a close. I arrived at Oceans Unlimited a recreational diver and I leave a PADI Divemaster… Something that hasn’t quite sunk in yet. The process of becoming a dive pro is one you won’t easily forget, simply because it is such a character-building experience. From the friendships and dive centre to the scenery and dive sites, your PADI Pro courses will remain ingrained in your memory.

For a long time I didn’t know what to write about in my final DM Diary. The ups and downs? The blood, sweat and tears? Instead, I decided to write about what has been the best part of the course, the country and everything else: the people. 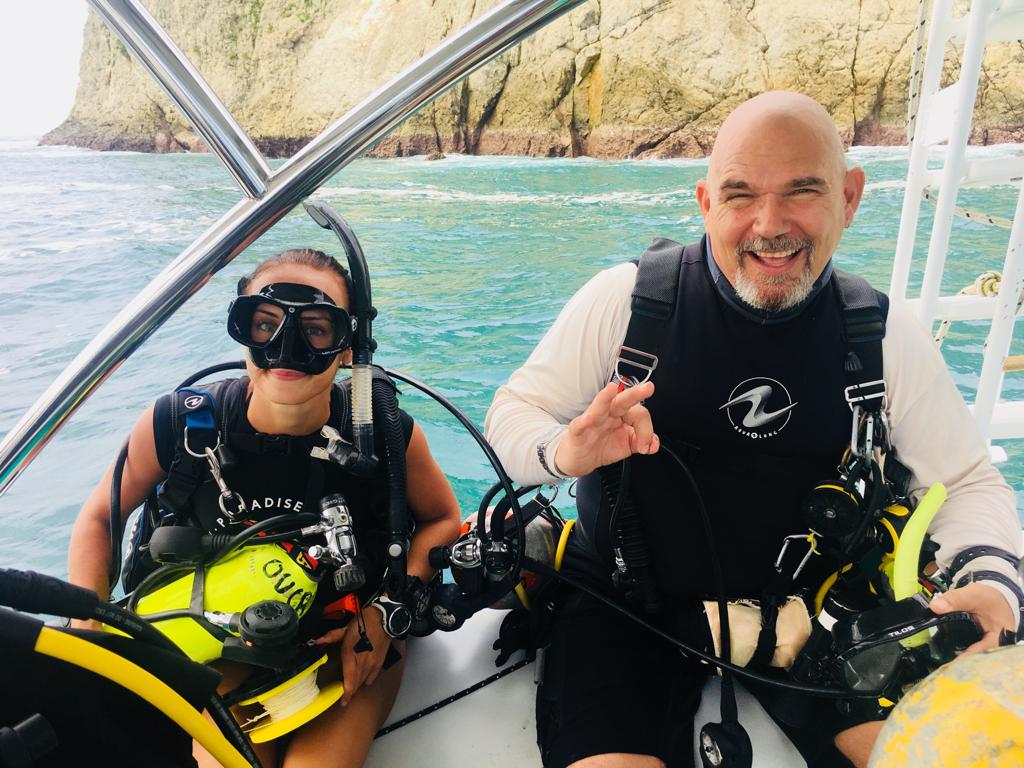 When I found out the Divemaster training is done by a former army sergeant, I thought it could go one of two ways – he’ll either be very strict or very friendly. Turns out he’s neither. JT is the perfect combination of strict, funny and friendly. (And don’t forget talkative!) Unsurprisingly, 26 years in the army has turned him into exactly the kind of leader you want. He’s someone you can easily respect and who wants you to succeed. He will not crush your spirits when you slip up and he will not set you up for failure.

When I expressed doubts and concerns to him, he gave me the best non-pep talk I’ve ever received. He won’t sugar-coat anything and say vague, fluffy statements like “I believe in you.” Instead, he’ll provide you with facts – good and bad – in such a way that you really can’t argue. He has helped me see many things in perspective and he has so much to offer as an instructor. 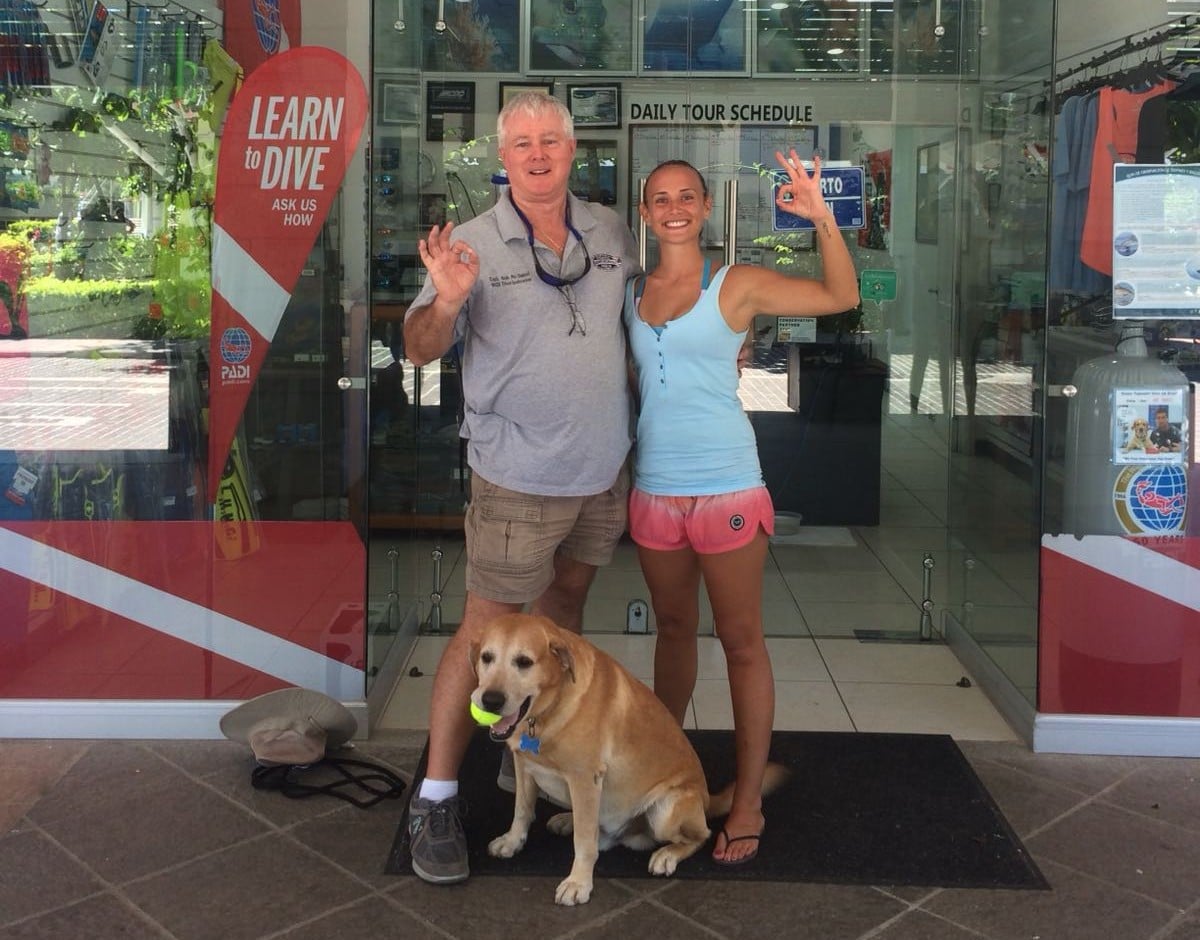 If you think JT can tell long, detailed stories, then you should chat to Bob about his fearless mom and life back on the farm. Or anything else for that matter. Between him and JT, you’ll learn lots of fascinating facts and valuable life lessons. With Bob’s 20 years diving for the Orange County Sheriff’s Office Marine Patrol, he possesses a wealth of experience and knowledge that he is always happy to share.

On top of that, he is genuinely invested in the career development of students. Not only has he experienced the most insane things underwater (ask him about the time his drysuit flooded at depth), but he has built a diving empire in a place where diving wasn’t even a thing. A diving empire that is singularly professional and streamlined unlike any other.

Not only is she living proof that you can, in fact, make a living from diving, she’s also a no-nonsense Technical Instructor Trainer and Platinum Course Director. At first I thought that Georgia’s badass level is a female empowerment thing but, after getting to know her and experience her work ethic, I think it’s a Georgia thing. In an industry often known for reckless party behaviour, it’s refreshing to find a Course Director who is serious… But with the right amount of humour. (And might I add good music taste.) I am both in awe and grateful for the opportunities she has given me.

As soft as butter and as tough as nails, this British Specialty Instructor is a highlight of training at Oceans Unlimited. There isn’t anything that can deter her and she’s always in a good mood. In addition to that, she possesses wisdom well beyond her years and has supported me with patience and kindness when I was doubting myself. I regard her as one of the main influences of this experience, and I don’t think she’ll ever really know just how much she has inspired me. 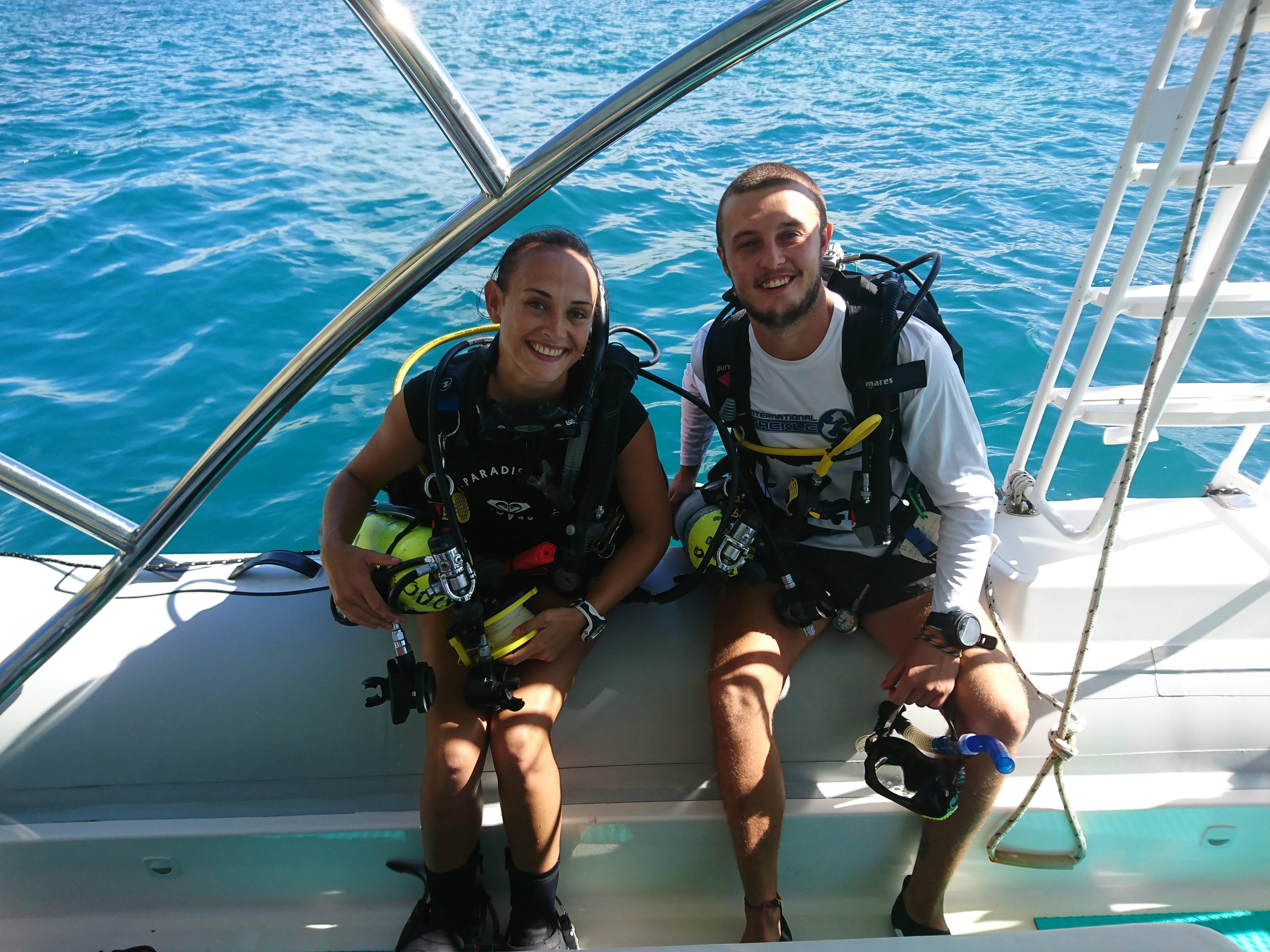 The tough Aussie who always entertains by calling every day things weird Australian slang names. (They’re not flip flops, they’re thongs.) It’s hard to describe how strong and confident he is, but this is someone I would trust with my life any day. He taught me my Self-Reliant specialty and helped me truly overcome the things I struggled with, which I really appreciate. He notices every little detail and is brilliant at taking the right action where it’s necessary. It’s also great how he always speaks his mind and makes the most hilarious jokes. But the best about Jarrad is that he’s humble despite having so many reasons not to be.

I only knew Nina for a few weeks, but in that short time she taught me so much – simply by being an example. This Danish ball of dynamite is the definition of strong. She laughs off challenges and then proceeds to complete her task without batting an eye. I’m so grateful for the advice she gave me – about life and about diving. 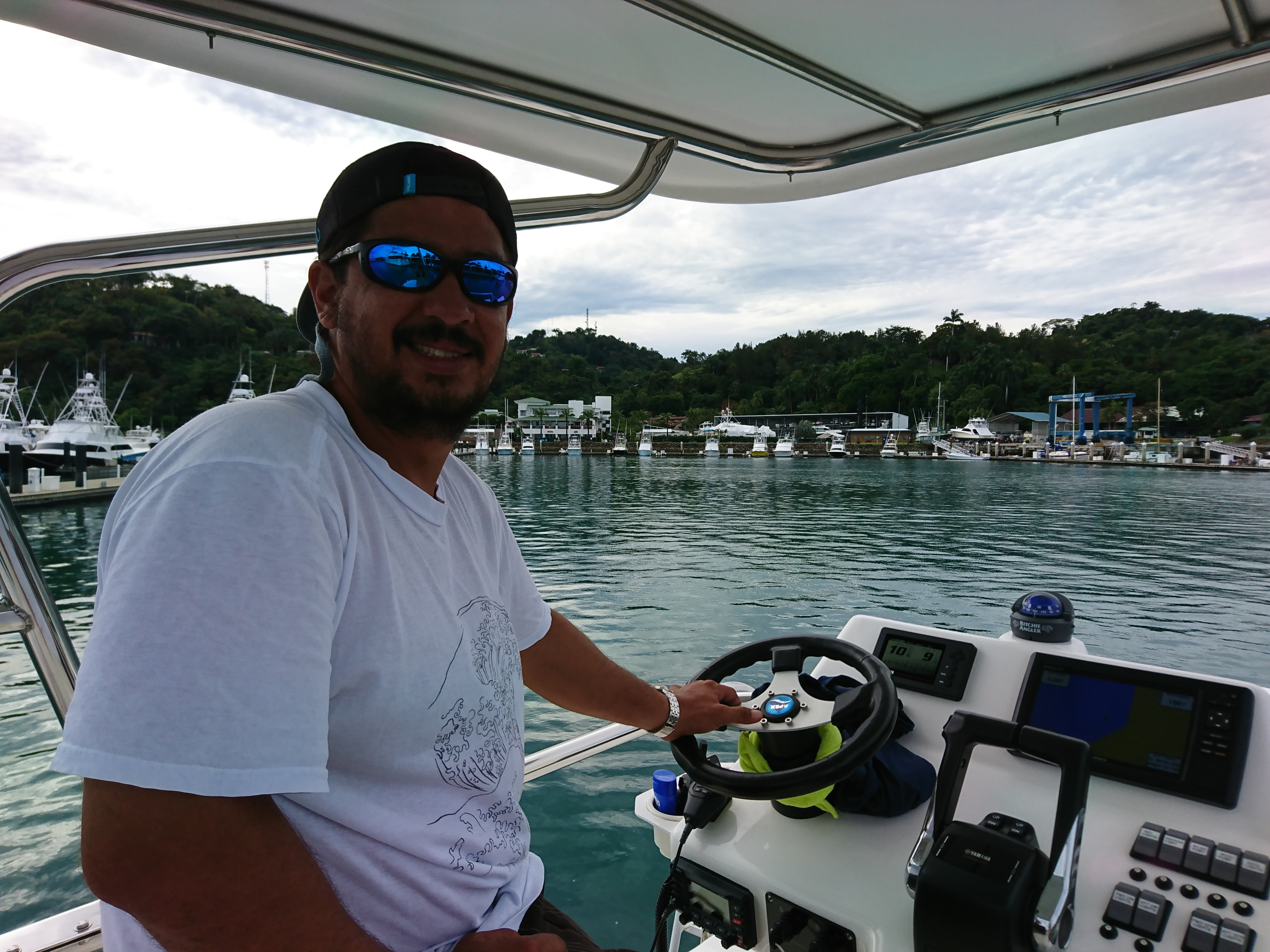 Jimmy, our captain, also deserves an honourable mention for being the best and most responsible captain we could hope for. (And for all the advice, guidance and inside jokes – not to mention dealing with the tears!) Ultimately Oceans Unlimited is the most professional diving centre I’ve ever seen with superior training. I have an immense respect for everyone involved in the operation and being here has refined my diving skill more than I ever imagined it would. Funnily enough, I kept thinking I can’t do it… Until I got to the end and realised that I did it. Thank you to everyone who encouraged and taught me on this journey! You have helped me overcome fears and shaped me in more ways than you know.