Fear and the Art of Rescue Diving 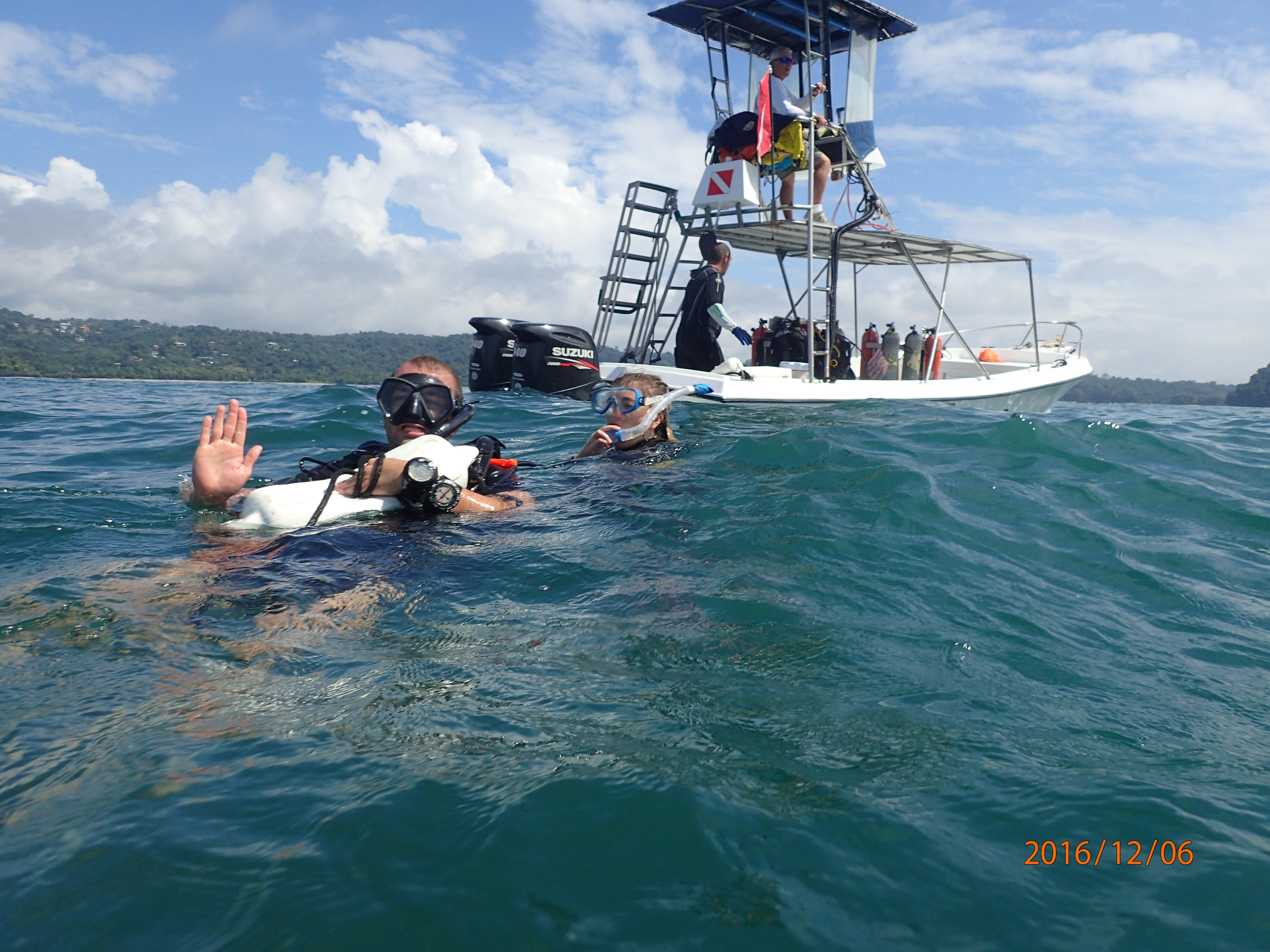 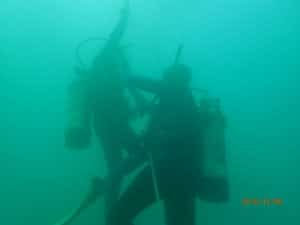 I’m here at oceans Unlimited working towards a Divemaster certification, but in order to accomplish that, it was first necessary for me to be certified as an Emergency First Responder and a Rescue Diver. The EFR course worried me not at all; I have had the Red Cross first aid/CPR class more than once, and this was no real challenge. The Rescue Diver class was another matter.

The fraud police were loud in my head, telling me that I am too old (49) and too broken (I have spent a half-century piling abuses on my body, and have the surgical scars to prove it) to complete the necessary tasks. And the course is daunting; ultimately, one must be able to surface an unconscious and non-breathing diver from depth, then strip the diver’s gear off in the water while simultaneously providing rescue breaths every five seconds and towing the diver back to the boat. Then your gear comes off (while keeping up those breaths), and you have to get the diver into the boat within a 30-second window. It is physically grueling, and demands both strength and focus.

Just before I started the course, I had an opportunity to receive a preview of coming attractions, which is to say that I was asked to play victim for another student taking the course. While this really did nothing to reassure me, it did give me an opportunity to discuss my fears about the course with JT, who was instructing and who would be one of my instructors as well. 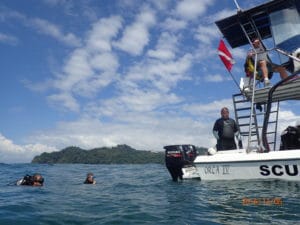 Now, JT can be tough, having served for many years in the military as a cop and a drill instructor. He did some tours in Afghanistan, and still has physical difficulties of his own in consequence. Although he has been a civilian for some time, he very much still retains the military mindset, one which sometimes clashes sharply with my own. Nevertheless, he is an excellent instructor.

He was able put me more at ease, explaining that I would get as much help as I asked for within certain parameters (no, you really do have to tow the diver – the captain will not bring the boat over). I would have assistance putting the person in the boat, the part of the exercise that worried me most. And then he told me a story about teaching a 73-year-old man who was not particularly strong, and said that I had nothing to worry about.

Three days later, after a day in the pool and two sessions in the ocean, I found that he was right. Although the course was the single most challenging thing I have done in the water to date, I managed to do everything required of me. It was exhausting but also exhilarating, and the feeling I had on the way back when all four of us taking the class had successfully completed all of the exercises was one of relief and of genuine accomplishment. I was proud of myself for finishing, but also for not giving in to those wretched fraud police.