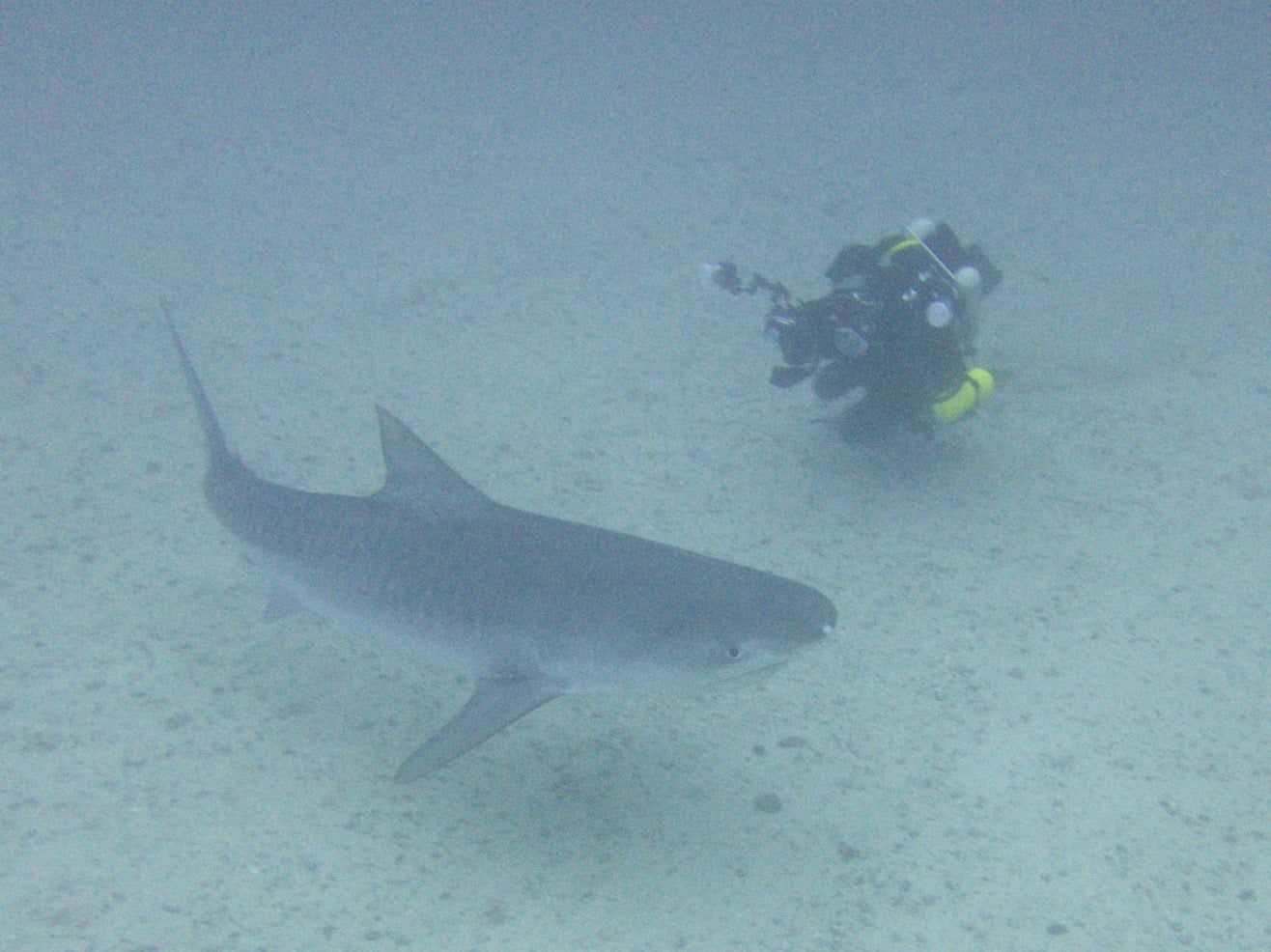 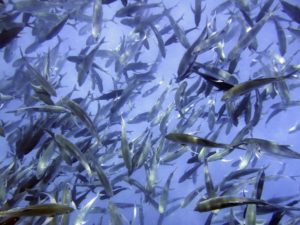 I can’t believe I only have 9 more days to go on the Island! The last week has been pretty mellow in terms of work and diving. Staff and volunteers continuously cycle in and out, and right now they’re are only about 10 people on the island, so there’s a bit more relaxing then working going on at the moment ( a welcome change of pace ). Diving has been pretty consistent with great action at the cleaning stations, typically followed by large schools of hammerheads in the blue water. I did however have a pretty interesting ( and scary) interaction with a female tiger shark a few days ago. Cubero and I were doing a monitor dive when a large tiger did a swim by to check us out, which is pretty normal behavior. The first time she came straight towards me, and basically pinned me to the ground ( with 2-3ft between us) as she swam directly over me. I knew she was just checking me out, so I respected her space and got as close to the ground as possible. The tiger proceeded to do this 5 more times in a span of about 20 minutes, putting less space between us on each swim by. 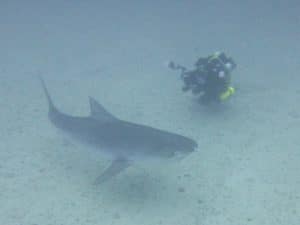 The last of these interactions she had fins pointed down and began to arch her back, which is not behaviour you want to see from a tiger shark 2.5ft above you. I made sure I had my gopro ( which I I conveniently forgot to put a memory card in ) between the two of us, ready to bop her on the nose if she got to close, which I almost felt I had to do. After those interactions I hung out closer to the other divers, so she wouldn’t continue to check me out. I had had enough! Looking back on that experience, I probably should have stood my ground a little more, and not have been quite as submissive( easier said the done). Once we were on the surface, I noticed that Cubero was all of a sudden insistent on getting out of the water, which he’s never been before.

Overall, it was awesome to be that close to a tiger shark multiple times, but also pretty humbling and terrifying to know that it was determining if I was food or not… So far the giant school of hammerheads, and that tiger shark encounter have been the most memorable experiences on the island. I’m still hoping for a manta ray at some point, and still looking to add some more shark species to the list ( whale shark pls), but i’ll only get about another 10 dives in before I take off, so I will need some luck!! I’ll have some more pictures uploaded soon of hammerhead action, and hopefully some new stories to tell! Until next time, Pura Vida- Troy