Encounters in the wild 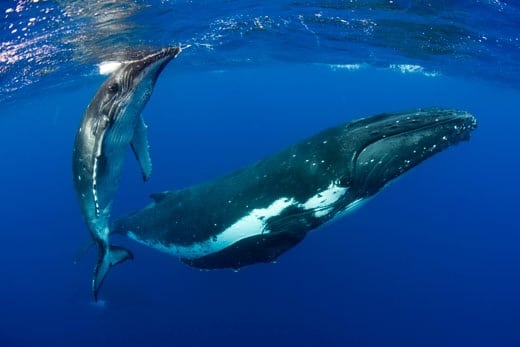 Humpback whales(Megaptera novaeangliae) are some of the most beautiful and mesmerising baleen cetaceans in the ocean due to performance displays from inquisitive calfs breaching and approaching boats making you question ‘who’s watching who?’, to huge males fighting and chasing females. With large amounts of tourism brought in around the world for whale watching from the southern oceans of South America where best times to see whales are between May and December when whales travel south for breeding season, all the way to the Arctic oceans for feeding and fattening in Summer months, you can see Humpbacks up and down continents in almost all oceans, just a little research the right time of year and its one off the bucket list.

Here in Costa Rica female Pacific humpbacks that pass through the waters off Manuel Antonio national park come with calfs on their way up to the Northern hemisphere along a mammoth journey of around 3000 to 5000 miles to colder waters to feed upon the rich density of krill and small fish, guiding new calfs on a journey so important it’s the path where socialisation, migration routes best feeding grounds takes place which is imbedded into each animal through generations of past females before sharing their knowledge. 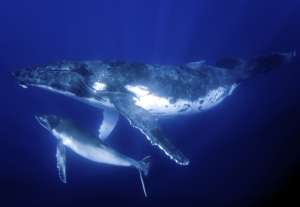 We started seeing whales here off the coast of Manuel Antonio around the 24th July, it’s a moment you never think is going to happen I’ve always dreamed of seeing cetaceans in the wild, I have visited the likes of Seaworld as a child and seeing Beluga whales(Delphinapterus leucas) and Killer whales(Orcinus orca) in tanks even at a young age did something to me, I felt scared and worried for the animals I’ve never liked seeing animals in captivity it has always felt wrong.
So the day I saw my first humpback whale and her calf was just a spectacular feeling of joy and excitement, that joy was intensified the next day when we saw a calf breaching and jumping out of the water throwing itself around in the light of day was just awesome and I couldn’t be more elated for the whales, hopefully mother whale was not to worried by baby steaming ahead to the boats seemingly showing off. We have been very lucky I feel this year with seeing Humpbacks and hopefully it continues to the end of August and beyond, you can never get tired of seeing such a powerful yet graceful creature.
On the 7th August it was a beautiful start to the day heading out to our first dive site when the captain shouted there might be whales ahead and sure enough he was right, we saw two on our port side heading in the opposite direction. We left them to it thinking we wouldn’t see much more only to be surprised by three whales appearing right next to the boat less than a meter away it was the biggest shock of my life, my body was internally shaking with such an immense feeling of excitement and surprise, seeing calf in the middle of mother and possibly last years calf and they were all huge also knowing you cant even get the real scale in your head because underneath the water there is so much more to see. Nether less I am so grateful for that experience and moments like that just installs the reasons you’re here in the moment and why this beautiful world and all the species that call it home need protecting.
Being able to share such passions with other like minded people brings a common understanding for the need to support and protect the planet, and thankfully there are many individuals and groups of people fighting for animals rights. Such like minded people are the wonderful society of Sea Shepherd and at the dive shop we have had the wonderful opportunity to communicate with the RV Martin Sheen, a research sailing vessel belonging to Sea Shepherd, they have been docked here for a few months helping educate local schools and setting up for a big adventure to Cocos Island for shark research and tagging. The work Sea Shepherd does for wildlife is immense in the sense of time and effort put into making sure the world is aware of their cause and what they are fighting to protect. Set up in 1977 by Captain Paul Watson who has worked most of his career to use physical intervention to stop a number of organisations from Japanese whaling fleets from hunting Minke, Fin and Humpbacks in the name of science to Canadian seal fur hunters from butchering young fur seals for their pellets. 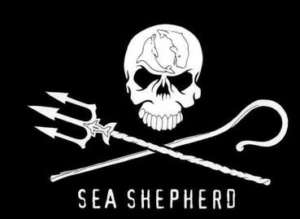 They have worldwide support and campaigns set out directed by Sea Shepherd offices in a number of countries, being able to listen to the knowledge and interests of Sea Shepherd crew is inspiring and gives hope to myself and fellow dive enthusiasts that anyone can help make a change through volunteer work, spreading the word of conservation on social media or word of mouth. The oceans are vital to our own existence from the biggest of the whales to microscopic bacteria, everyone deserves to bare witness to the beauty of mother nature and the wonderful species all around us and not just for now we owe it to future generations to take care of the planet so animals can still be seen in the wild and not just behind cages or giant bathtubs.