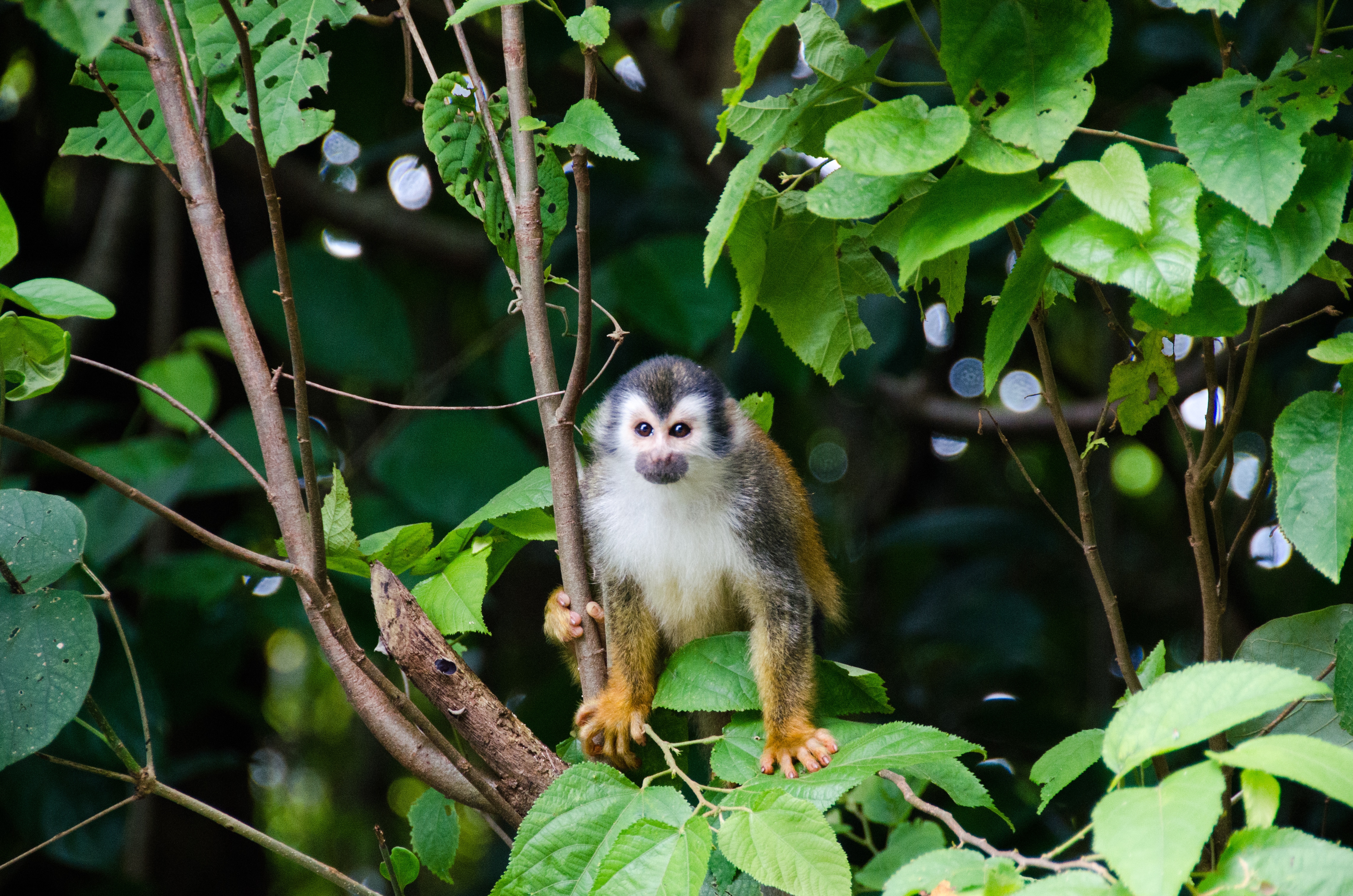 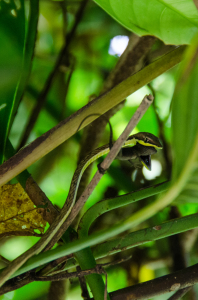 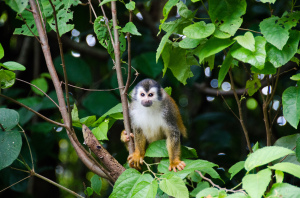 Choosing to stay at one of the home stays in my opinion is the best option. Of course, I am being biased since that is where I chose to stay. But, let me explain why. One of the best parts of staying at a home stay is the daily commute to the shop. Now if you stay at the Hostel Plinio you are only a few steps from Oceans Unlimited. Roll out of bed and you’re there. At the home stay you are guaranteed a daily workout! The walk to the shop is less than 1.6 km/ 1 mile but most of it is uphill. Don’t worry; it’s a workout without you even knowing you’re working out. There is so much to see during the commute: monkeys, sloths, and beautiful ocean views. It’s more of a wildlife safari than a trip to the gym. On the very first day I saw a flock of green parrots hanging out amongst the branches of a tree. While I have to admit the first few times the walk seemed to last much longer than the actual twenty minutes it should take. I did spend a lot of time staring up into the trees instead of walking.

On the second day of commuting I found a narrow-headed vine snake posing on a leave near the home stay. Excitedly, I grabbed my camera to get some shots of it. After a few moments the snake dropped down to the underbrush below. When I found it again, a small lizard was squirming around inside its mouth. I thought I was watching a documentary from National Geographic.

On four occasions during the three weeks I have been here I have seen squirrel monkeys while walking to the shop. If not in the trees these little acrobats are tight roping along the power lines. You won’t see just one either, you’ll see many running around in troops. You know there are near because you can hear the squeaking noises they use to communicate before you actually see them. 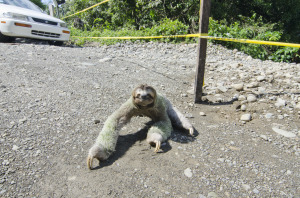 My favorite moment so far was when I was walking alone and saw a three-toed sloth crossing the road. Not only was it my first time ever seeing a sloth in person, it is the closest I have been to one since then. Scared that a car might come I stood guard as the sloth slowly made its way across. It took about 5 minutes. The whole time I was smiling ear to ear. It was such an incredibly close encounter with such a vulnerable wild animal.

Whether it is monkeys, sloths, or other wildlife, the daily commute to Oceans Unlimited from the home stay is never dull. After all we are in beautiful Manuel Antonio in the middle of the Costa Rican rainforest.