So, whilst waiting to pick up some takeaway after a oh so hard day of slugging away I overheard an interesting conversation. The individuals involved were deep in discussion about scuba tank valves and why they were named as such. Now for many people, the common assumption is that they are named as such for their shape. So. let us look at this for a moment…

Lets start with the slightly more obvious ones. So here we have the not so common H valve and Y valve. I have superimposed letters on these to make the visual a bit easier. So here we have it, the H and Y valves are clearly named for their shape. And why do we use them ? For, attaching independent regulators to a single tank. Used in technical diving and as a way to have an additional redundant regulator.

Now, for the 2 that are up for debate. The J and K valve. Let’s have a look. From these diagrams you can see they are not like the letters. So, where does the naming come from ? Interesting fact I found out in a very good book I would love to get my hands on if I could just remember the title. The ‘J’ and the ‘K’ valve are so named because in original scuba part catalog, the US divers catalog from the 1950s, there were item ‘J’ and item ‘K’ . Honestly the truth. These were the days when you picked what you wanted from the catalog, picked the parts you wanted and then put them together at home. Yes, really. Not quite the same now but how cool is that? Interesting fact huh? And, by the way, if someone happens to know the book that that story came from I would love to get my hands on it. It was something along the lines of “interesting scuba stories”. Enquiring minds want to know!! 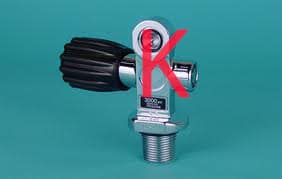 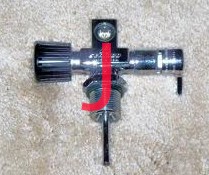